Surface DUO: A pioneering form factor that changes your perception & continues the heritage of Surface devices. 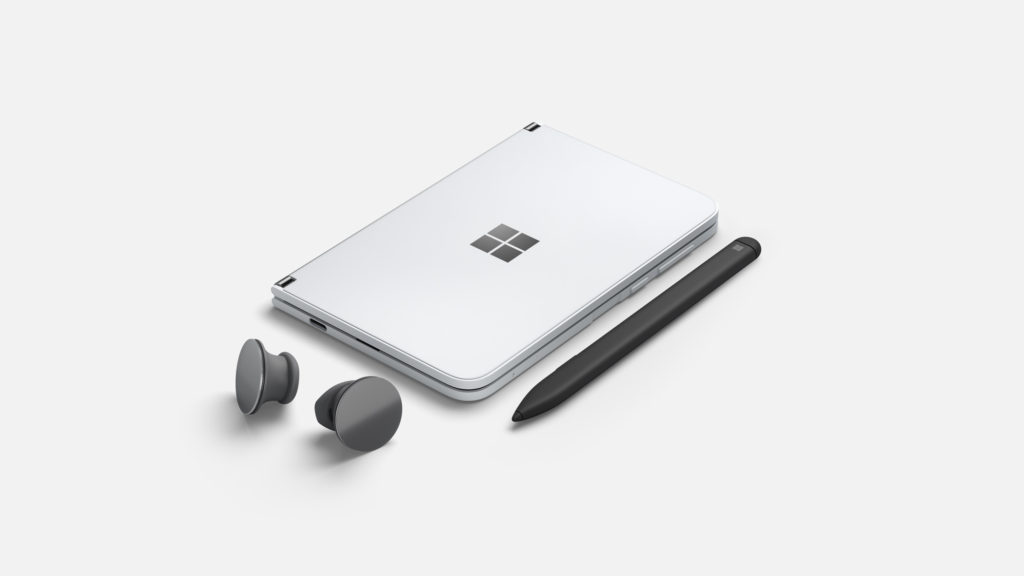 Microsoft’s first step back into the world of mobile.

I was a fan of Windows Mobile despite its clear lack of everything! So, to be clear I have always liked things that were different, from Mini Disk to electric cars I like anything that changes the game! The Surface laptops have been my work device since their inception. For me, this Surface DUO does just that, it changes everything on the mobile device front.

It’s a game changer in terms of form factor. There is nothing else on the market like it, or at least nothing that I have seen. The dual screen configuration is so clever, and opens you up to a world of productivity, you never knew was possible or that you wanted. But you quickly realise OMG! Where has this second screen in my life been. That said, it also has a few draw backs which I will highlight later in the blog.

My challenge with the normal form factor of device is the screen real estate. Even with a large device like a Samsung S21 Ultra, or the iPhone Pro Max, is this simple fact. When you respond to an email or start to edit a document (word for example), the keyboard juts out and takes up generally ¼ of your screen.

With two screens when you open the app on one, and the rotate the device, the keyboard will shift to the lower of the two screens giving you a full qwerty experience with larger icons to be hitting with your thumbs.

This experience enhances your productivity like you wouldn’t realise, until of course you have tried it. Simply put this device is that good at productivity you do not need to bring your laptop. And yes, I mean that and have tested it.

Now to highlight something, bluetooth headsets are your only option with the device. It has like most other flagship devices no audio jack, so do mind that should you decide to try it. Using the bluetooth keyboard was also a strategic decision, I wanted to use both screens for apps, and it was hugely impressive, so much so that the staff of the garage were blown away by what they seen. Six of them came over and asked what device I was using; they like me had never seen a Surface Duo before.

This clever feature allows you to group apps together that you can launch simultaneously for use, and you might have guessed, I grouped OneNote & Teams together. It means in one click I have both apps I need open to stay in my workflow. Another hugely useful capability is the drag and drop across screens. Like you would on your desktop when working on two apps. See its capability here.

Edge is also capable of having two sites side by side, allowing you find information and compare content in real time. This just isn’t possible without the second screen. Flipping back to a single screen device will be a challenge for me after experiencing the dual screens and the use cases.

Another major WOW moment is when you are in an app like Outlook for example, which we all live in most of the time. With Duo you snap an app across the two screens (when optimised for dual screen). Outlook as you would expect is one of those apps that has this capability, all the office apps do. When you drag the app to the middle of the screen, the left screen displays your mailbox, with the right screen now acting as your reading pane, displaying in full mode the contents of the mail you have clicked on. And if you want you can respond on that side or rotate for your full qwerty experience.

Fold in half and just sit it there. I often found myself with media running on the device and on the other screen I would have cooking instructions for when I was trying not to poison the family with whatever daddy made a mess of in the kitchen.

I challenge you to a dual!

With the dual screen set up, you find yourself discovering various use cases, often thinking to yourself, wow this is so handy I never would have thought of this before. And that a simple reason why you find yourself liking this strange looking and misunderstood mobile device.

Taking calls on it does take a bit of getting used to as you must open it to answer, then you must remember what side the audio output is on. Truth be told, I often held it the wrong way when I answered it. The Camera on the Surface Duo is also on the screen, which means that when in camera mode you must fold that screen back, or you will be taking selfies of yourself all the time.

The camera itself is an Adaptive camera 11MP, f/2.0, 1.0 µm, PDAF and 84.0° diagonal FOV optimized with AI for front and rear. It was very good etc for Teams call, but in terms of picture taking, I found it struggled at times with light etc. Certainly not as sharp as Samsung devices or indeed a Motorola G5 Plus which I was using prior to this device, and that is a very affordable phone. If you a big picture taker, the first generation of this device might disappoint you. (More on that further on)

The Xbox gaming app on this device is unbelievable as mobile device. Much like productivity apps, where the keyboard takes screen real estate. Touch controls on other devices get in the way.

So, for me mobile gaming has always been a bit of a “I don’t get it thing”. That changed on this device.

I could sit on the couch, while others were watching tv and I could play my Xbox games, either via the local console by streaming it from there, or direct from the cloud to the device leveraging the power of Microsoft X Cloud and Game Pass. It is totally irrelevant to a business or your boss who may be paying for the device, but if you are a gamer like me, and an Xbox fan, this is a mobile gaming experience that must be tried. (It works over cellular too).

So, I have gushed quite a bit about this device as I do genuinely think it is so innovative in a space where manufacturers and consumers are not seeing much change or innovation currently. That said, it does have its challenges, not a huge amount mind you, but depending on you as a person the flowing might be enough for you to say, thanks but no thanks.

What is my point on this, well the above would be fine if you could use google pay on this device! With the current generation you cannot as it has no NFC, and that means you are carrying your wallet again. Most will say, I carry it anyway, but I stopped carrying it as I became so used to Google Pay that I didn’t see a need for it. That Irked me a lot, I won’t lie. That is however fixed in the next generation of the device that was announced this week. But no ETA in the European market, and the DUO took its time getting here too. So, I won’t be holding my breath in terms of its successor’s arrival date.

The camera issue we touched on, and yes that was also annoying. As a parent, picture opportunities can pop up at any stage, and the ability to take a sneaky picture is somewhat undermined when you are dragging the Duo form your pocket, then unfolding it and Oh wait” the moment is gone. Now again, the next gen addresses this issue with a camera on the outside, but it is and will remain annoying on the current generation.

Finally, I like to run and listen to music, and look there is no other way to say this. It’s too big to come with me. It would be annoying in my pocket, I don’t want to hold it, and there is no accessory like an arm strap that I had that would fit it. I’m sure if I looked id find one, but that is too much effort, plus I have another device if I need to use it for music, but that is not a luxury others might have. Couple that with the fact I also must have a pair of bluetooth earphones/headset rather than a cabled pair is also another cost some might have to incur. The point is, while it fits into most of your life, its size can be a problem in other aspects.

They are really the only draw backs that I could find with this device. It really pushes you into an experience like no other, and you will only believe it when you have seen it.

stay up to date?